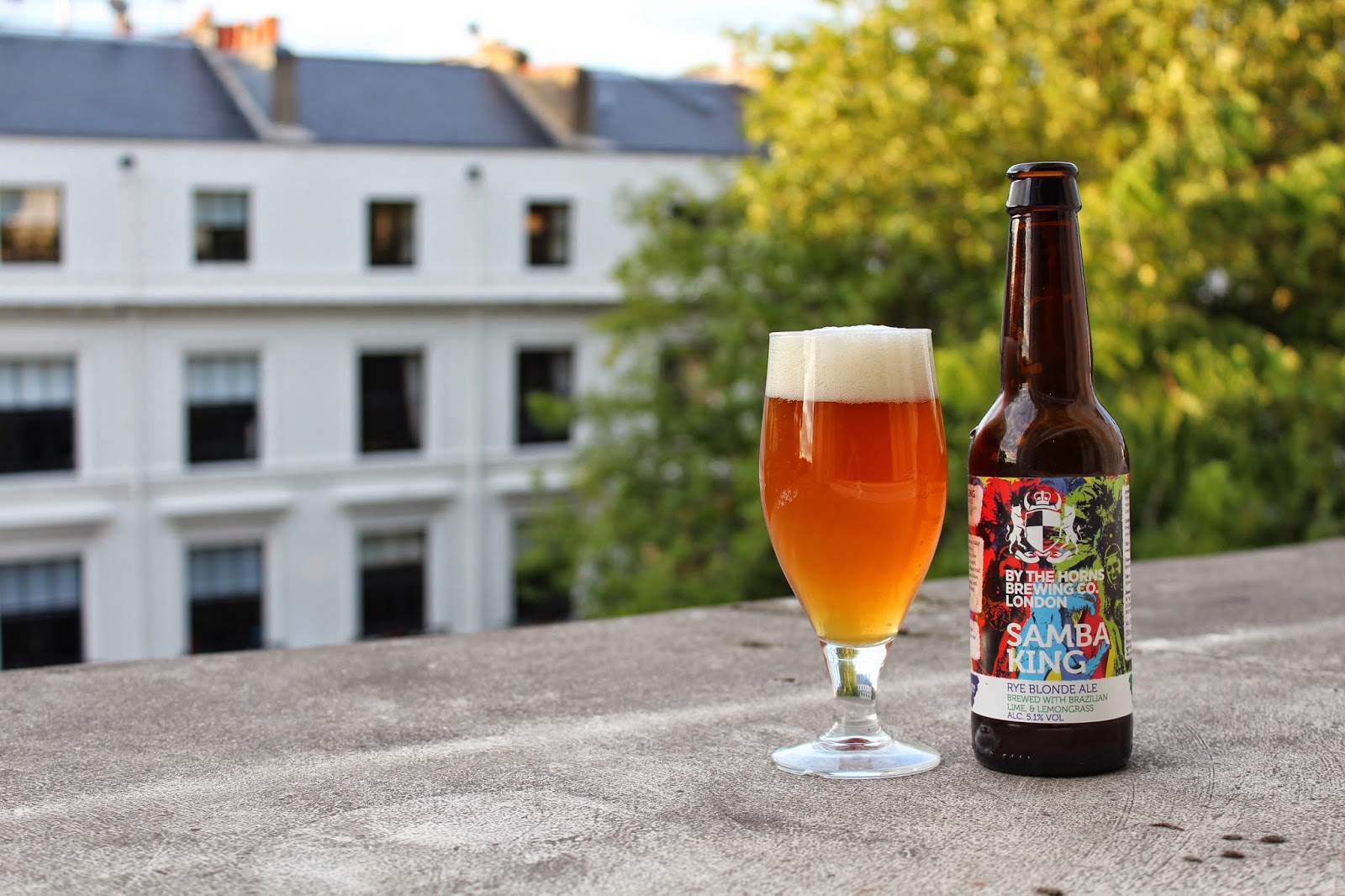 The first beer of the evening is By the Horns Samba King. This World Cup-inspired beer is a "rye blonde ale brewed with Brazilian lime and lemongrass". That's a fairly ambitious ingredient list, but I'm happy to say that the brewers pulled off a very nice beer.

The lime and lemongrass really carry the beer from beginning to end. The aroma has a lot of lime zest, a bit of lemon rind and some grassy, citrusy hops. It's not overly sweet but there is a nice doughy, biscuity sweetness that serves as a decent base of operations for the exotic additions. The bitterness is mostly grassy but you also get some juicy citrus aspects as well. The body is light and the carbonation massages. The beer has a grassy finish with oily citrus, light zippy lemon-lime, and some further pale bread sugars.

The lime and lemongrass could perhaps be scaled back slightly so that they are more like accents rather than the main attraction, but that's just a minor qualm. Overall it's a nicely refreshing and well crafted beer. (Score: 3.6/5.0)
Posted by Unknown at 23:58 1 comment: