First taste of Kew Brewery: Pagoda No. 1 and Botanic

It's always exciting to try a beers from a brand new brewery - especially when you know nothing about the brewer or the beers.

So it was that I trekked down to the Kew Village Market on Sunday 7 June, in the early afternoon, to pick up a pair of beers from London's newest upstart, Kew Brewery. With two beers to be had, it was a fairly low-key beginning. But through a brief exchange with the brewer, I gather he will have a steady core range of about six beers, augmented by the occasional seasonal and one-off.

The first two beers are, to put it simply, relatively conservative in their ambition. That's not a put-down, though. I think any serious brewery should master the basics before exploring more challenging territory. One must learn to walk before one learns to run.

The first beer I had was, appropriately, Pagoda No. 1. This initial iteration "in a series of Pale Ales celebrating different English hops" features Target and Fusion hops. I've met Target hops before (I'd say they're smooth, oily and a bit earthy), but I'll be honest, 'Fusion' is new to me. At any rate, I liked the beer. The malt character, biscuity and ever-so-slightly toasty, is almost as forward as the hops, which are a little citrusy, with touches of grass and hay. It's not a 'look at me' beer, which I appreciate in the context of a 4.5% abv pale ale. Whether you are a traditionalist or more in favour of progressive beers, I think you will find something to like in this one. 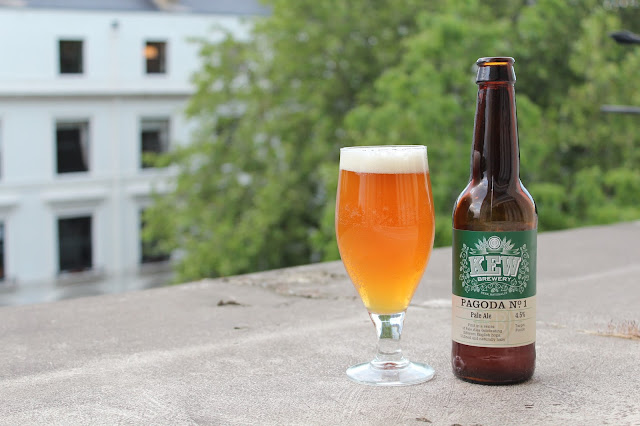 Next up is the Botanic, which, I would say, is arguably the more confrontational beer. Styled by the brewery as an amber ale, this beer lives up to its name in appearance. Thereafter, this is a beer defined by British hops, namely Challenger, Northdown, Goldings and First Gold. There are a lot of toasted leaves, bitter grass, dried berries and beat-up leather. Thankfully, there is enough malt structure here - think grainy toast - to provide ballast. Overall, it's a fairly prominent hop profile packed into a relatively slender 3.9% abv frame. That said, the beer manages to strike a pretty healthy balance. Fans of British hops will find lots to love here. 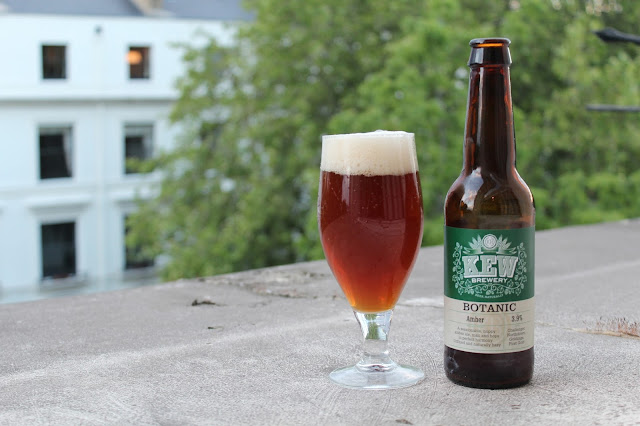 To close this one up, I would say that I'm satisfied with the first cuts from Kew. Both of these beers are solid and, given their relatively traditional aspects, they will certainly be met with open arms by certain drinkers. I'll be very interested to see where the brewery goes from here. 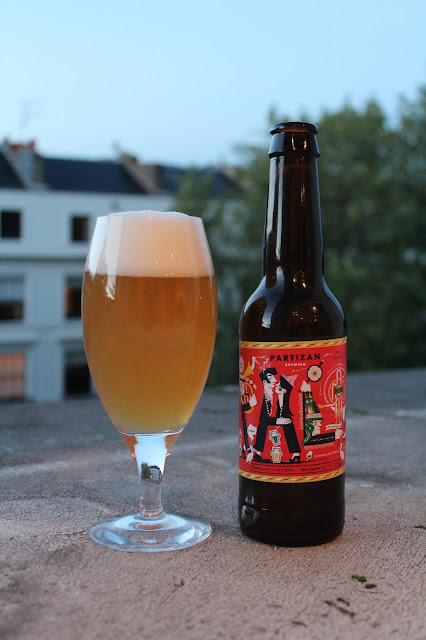 This beer was sourced from the brewery. It pours well and hazy gold with a moderate, frothy and pure white head. The nose has a lot of nice fruity hops in it, stuff like mango, grapefruit and melon, along with an enticing pale malt breadiness.

This beer was launched last year in September as part of the Rainbow Project, organised by Siren. It's styled as a saison and has been aged in sherry barrels. At 9% abv, it's certainly a potent beverage. 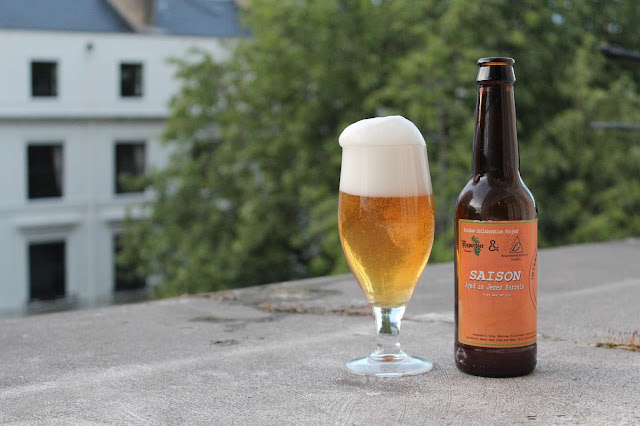 The beer opens with a hiss and reveals itself to be a very slow gusher. It pours a clear, glowing orange-gold, wildly effervescent, with a large, billowing white cream head. There's lots of stewed citrus fruits in the nose, some melon, pale wood, peach and tangerine. The flavor is medium sweet with lots of gooey citrus fruits, honey, moderate boozy kick, some white grape, slight woody dryness. Medium to full bodied with immense, mouth-filling carbonation. Sticky sweet on the finish with touches of caramel, alcohol warmth, peach, orange. It definitely drinks like 9% beer. There are some interesting characteristics at play here, but little nuance or grace.

Overall it's a nice beer, but not something you would want to - or could - drink a lot of.