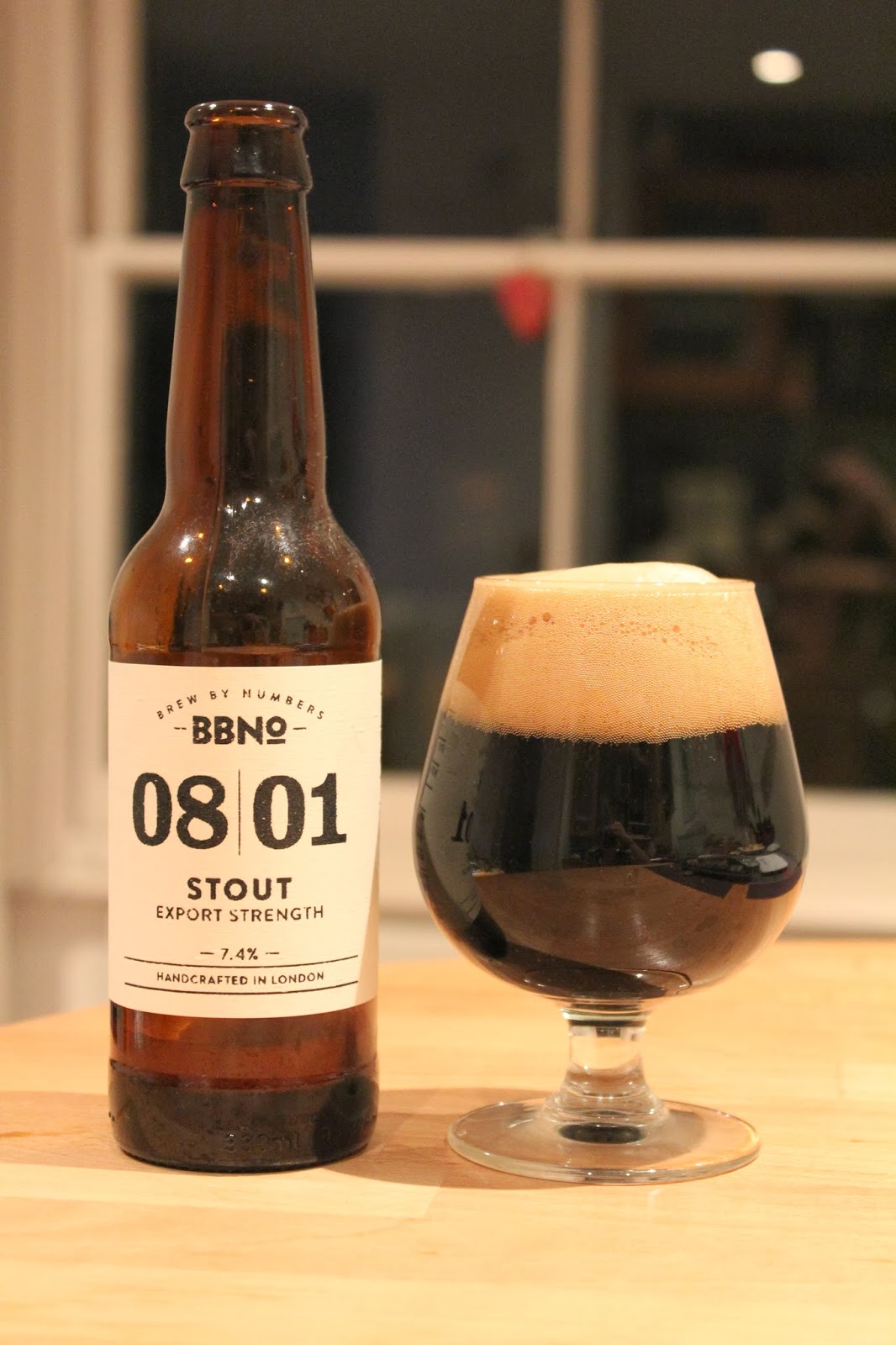 I got this bottle way back in the early days of Brew By Numbers' existence; the bottled-on date is 06/02/2013, so the brewery had been running for about three months or so at that point. And, as such, this bottle has had plenty of time to develop.

Since this beer's debut, BBNo have put out a few iterations at varying ABVs; this one clocks in at 7.4%. It pours deep brown-black with a huge, lasting beige foam head. The aroma is quite dynamic, with plenty of well roasted malts at the core, surrounded by baking cocoa, some dark fruits and toasted bread. It has a medium sweet flavor with rich, slightly bittersweet cocoa, restrained charred malts, some raisins, chocolate cake, light flinty minerals, some dark bread and milk chocolate. Medium to full bodied with average carbonation and an exceedingly creamy mouthfeel, the beer is a delight on the palate. The finish has just a touch of alcohol warmth, followed by lots more richly roasted malts, baking cocoa, moderate scorched earth bitterness, ash, slight tobacco and further chocolate cake. Rich and complex, this beer is also impressively well balanced and drinkable. If you happen to be sitting on a bottle of this beer that was released in early 2013, I would drink it now because I cannot envision it getting any better than this. It's really quite exceptional.
(Score: 4.3/5.0)
Posted by Unknown at 14:04