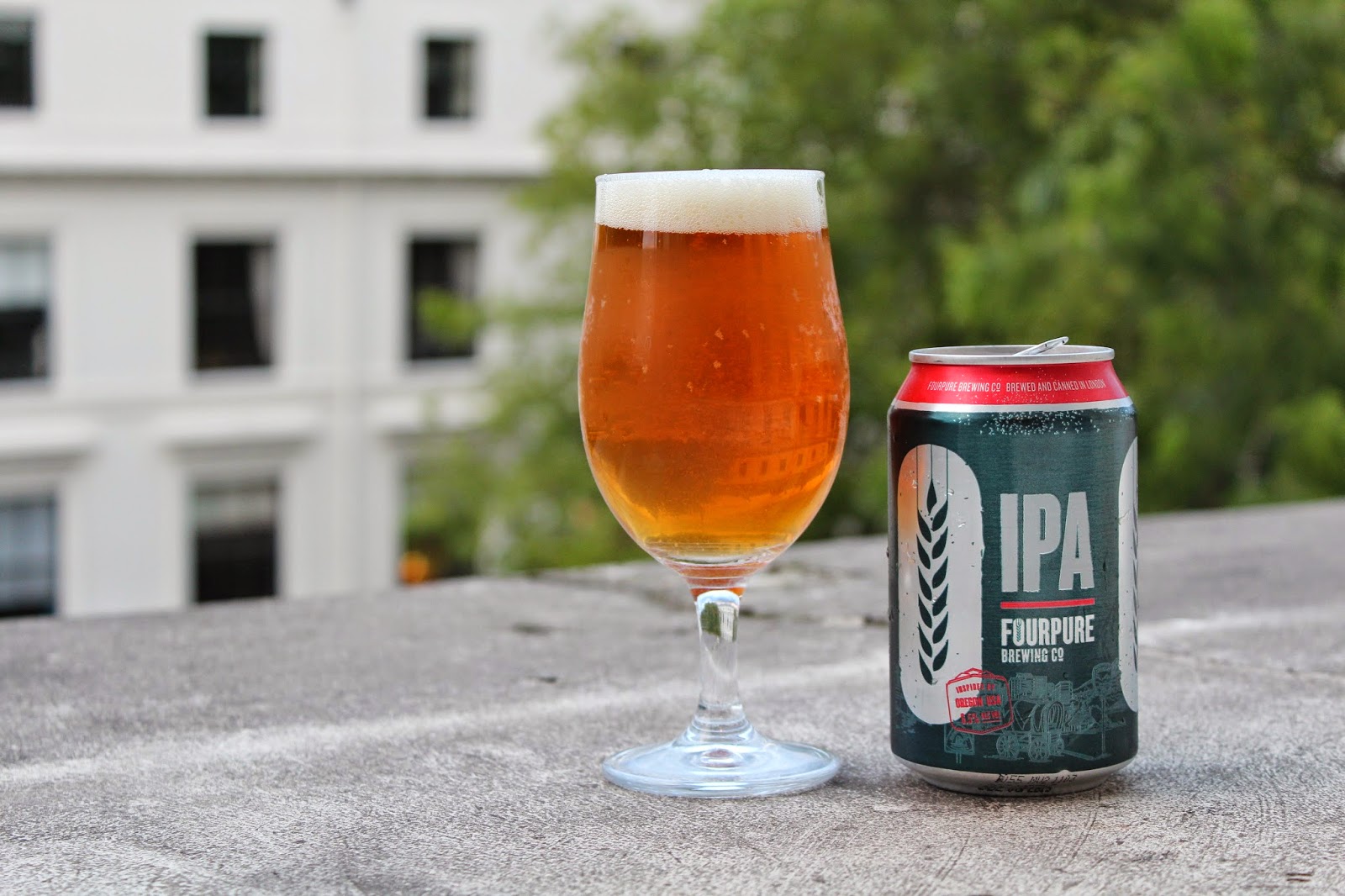 If I were to give a Most Improved Beer award for the year to date, it would go to Fourpure IPA. When this beer first hit the shelves last November it was fairly pedestrian stuff. The original batches were somewhat jammy and bready, the hop character a bit leafy and piney. It was OK beer but it wasn't exciting.

Last week I got a few freshly-packaged cans and, wow, this beer has improved dramatically. Where the aroma was once muted and simplistic, it's now juicy and vibrant, with a dynamic citrus fruit character. The flavor follows along well with the malts now playing a supporting role (they were more of a lead back in the day) and the hops just singing out. There's lot of juicy grapefruit and tangerine, some bitter pine, light oils, and a clean mineral edge that cuts things off well, leaving you with a grassy, lightly floral finish. It's quite a wonderful beer. I'm blown away by the improvement. (Score: 4.1/5.0)

I really have to hand it to the Fourpure guys. According to them, they haven't changed the recipe dramatically since the first batches came out, but have instead improved their brewing practices and processing to better utilize the hops. I'm happy to say their efforts have paid off tremendously.

A fellow beer geek recently compared Fourpure IPA favourably to Ballast Point Sculpin, which is extremely high praise for an IPA, especially when it comes from a guy like Andy Parker, who's tasted (and brewed) his share of IPAs. (Ballast Point is a San Diego-based brewery and their Sculpin is widely regarded as one of the finest examples of the IPA style.) I would agree with Andy that this beer is well on its way to greatness.