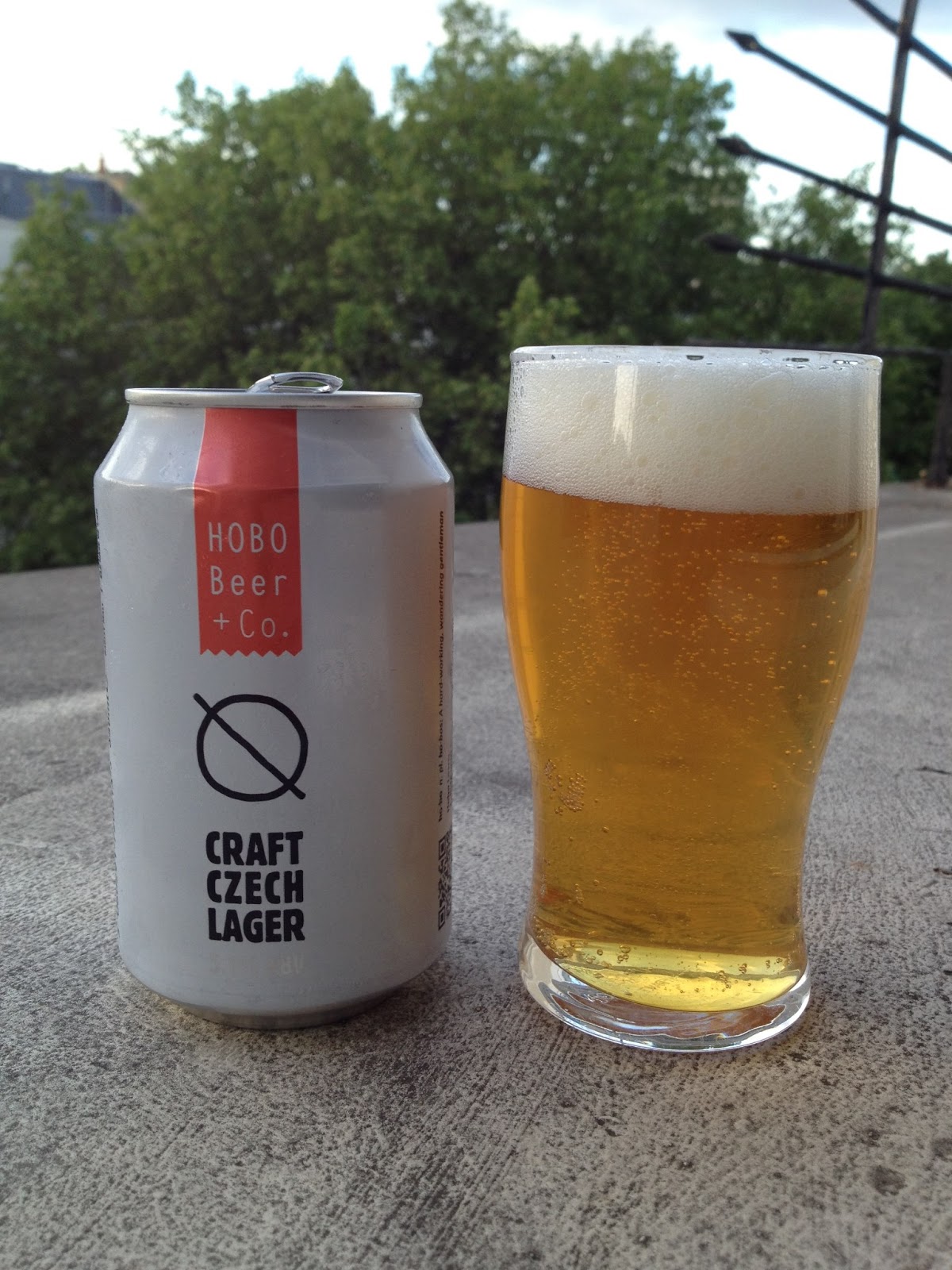 I finally got around to trying the HOBO Beer Craft Czech Lager. The producer, HOBO Beer + Co., hails from East London and seems to be hanging its hat on this one beer. What is most distinctive about this beer is likely the can. Few UK brewers have taken to canning their beers, despite the myriad advantages of doing so (as enumerated by HOBO here). There's a certain stigma attached to canned beers, which is wholly unwarranted given the advantages, though understandable given the types of breweries that have offered canned beers over the last few decades. Thankfully, in recent years, a number well-respected breweries have started canning their beers, especially in the United States. Some breweries exclusively can, such as can pioneer Oskar Blues out of Colorado, while others can a few of their brands, such as Sierra Nevada and, as of very recently, Sam Adams.

It's easy to find canned beers on the shelves of UK supermarkets; unfortunately, the majority of these beers come macro breweries (the likes of Stella, Carling, Carlsberg, et al) and only a small minority come from what might be considered craft brewers, among them Fuller's and BrewDog. HOBO, to the best of my knowledge, is the second brewery in London (after Fuller's) to put out canned beers. It's nice to see. While I appreciate the high-brow aesthetic glass bottles allow, I'm also a big fan of the simplicity and economy of the can; indeed, I'm on record saying my favorite beer is Utica Club from the F.X. Matt Brewery (also known as Saranac), which comes predominately in can format and only rarely would one find it in bottle. (Incidentally, I prefer UC out of the can.)

And how does HOBO's lager stack up against its aluminum brethren? It's an easy-drinking warm weather beer. It pours clear, yellow-gold and effervescent, with a moderate, creamy white head. Grainy malts in the nose, some cereal, dry hay. Light to medium sweet flavor, some further husky cereal grains, light bitter hay, biscuits and dough, slight metallic bite. Light bodied with average carbonation. Pretty clean to finish, some sugary pale malts, lightly dirty hay bitterness, cereal, husky grains. It is a simple beer whose character is marked by sweet malts and cereal - it lacks the hoppy punch of a proper Czech pilsner. It would be a nice beer to drink when beer isn't the focus.
Posted by Unknown at 12:20