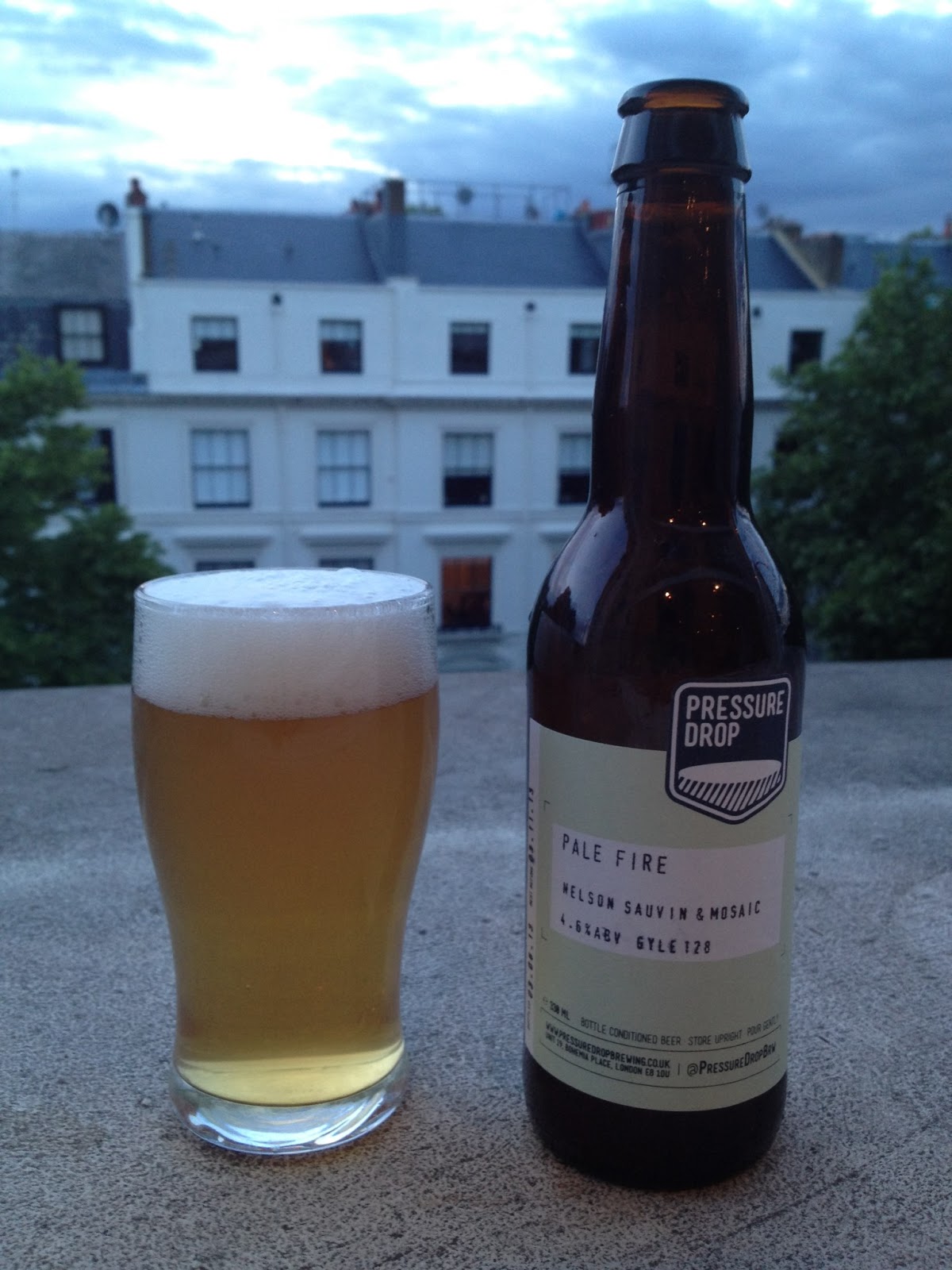 Tonight I tried my twelfth beer from Hackney-based brewery Pressure Drop and, I'm pleased to report, it's the best beer I've had from them yet. This year Pressure Drop has tackled an eclectic mix of beer styles, including a foraged herb hefeweizen, witbier, dunkelweiss, brown ale, porter and a range of pale ales. The majority of these beers have turned out well. The lone blemish was the Nanban S.P.A., a sweet potato ale that, after it stopped gushing from the bottle, had a messy character with notes of melon, bubblegum, citrus and rubber (not to mention a fleet of floating bits to rival the Spanish Armada). Aside from that unsuccessful experiment the beers have been good. Tonight's beer, though, is excellent - it's the Pale Fire Nelson Sauvin & Mosaic.

The two hops showcased in this beer could each serve as stand-alone hops but they also work quite well together. The beer pours mostly clear gold with a moderate, frothy white head. It has a gorgeous, enticing aroma, dripping with cat pee, mango, grapefruit and tangerine. The flavor is lightly sweet with an adequate pale malt base, above which the hops sing out: plenty of orange and lightly tangy tangerine, a bit of lemon and grapefruit, some lime and papaya, hints of hay. Light bodied with fine, massaging carbonation. Very faint hoppy resins to finish, lightly sweet, biscuity pale malts, light urine, pine needles and lots more fresh, zippy citrus fruits. Wonderful. Definitely one of Pressure Drop’s best beers yet. I look forward to tracking this brewery's progress going forward.
Posted by Unknown at 15:37