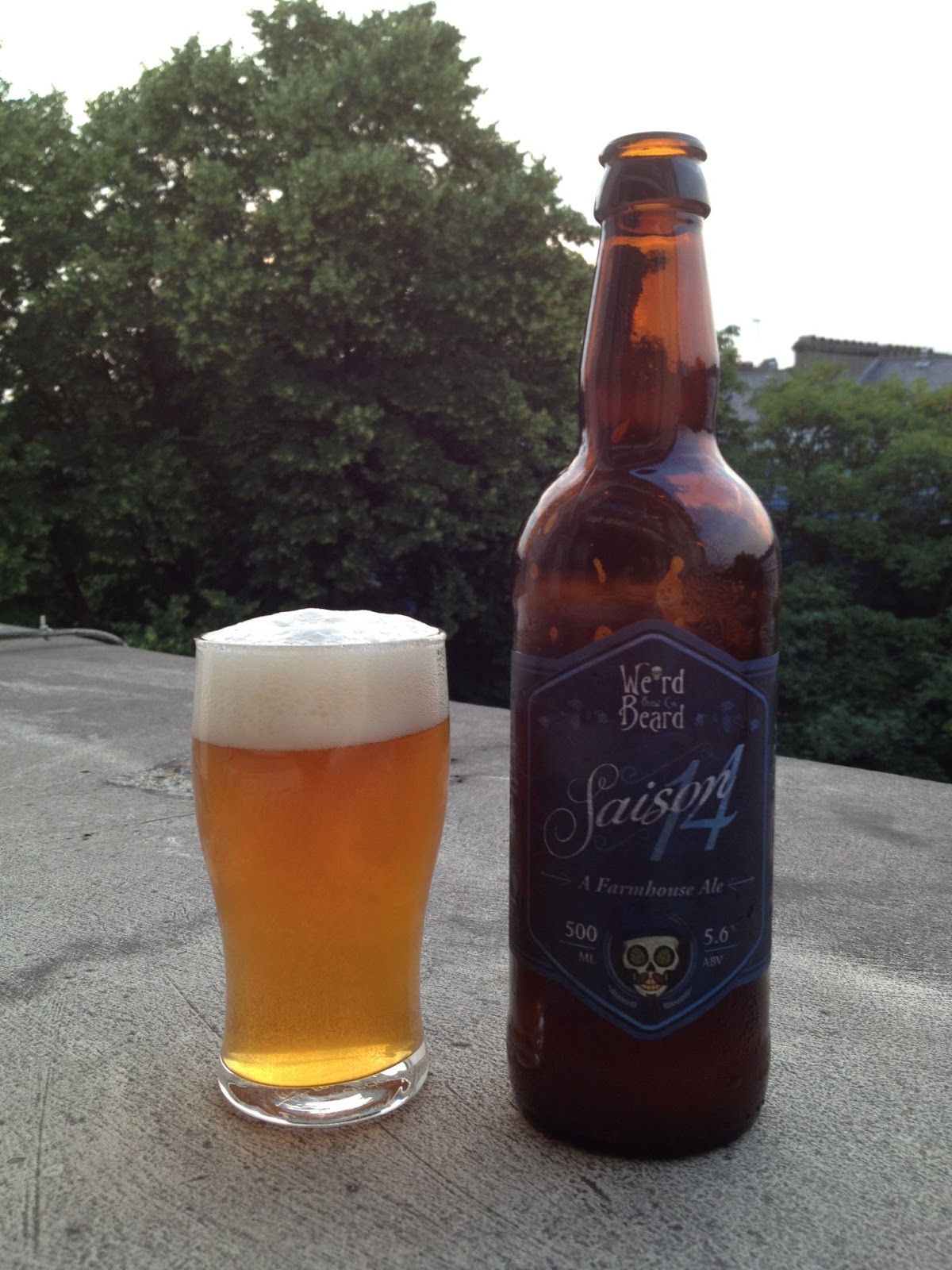 This evening I tried another saison from West London's Weird Beard Brew Co. Based in Hanwell, this brewery was started by a pair of homebrewers who, after achieving some success at the amateur level, decided to turn pro, as it were. Their pedigree does shine through in the beers they put out. I've been most impressed by the brewery's saisons, though their pale ales and dark beers aren't bad either. The brewers, Gregg and Bryan, do a great job of getting their beers to market. You can routinely find Weird Beard around London at the bottle shops (e.g. Kris Wines) and pubs (e.g. any of the Craft Beer Co. outposts) you would expect, in addition to festivals. Most recently they've made quite a splash at the Ealing Beer Festival and the Wandsworth Common London Beer Festival.

So the Saison 14. It pours mostly clear gold, hugely effervescent, with a large, lasting white froth head. There's pleasant dry, yeasty dough in the nose, hints of lemon rind, some grass and grapefruit. Light to medium sweet flavor with a nice, semi-dry dough foundation, along with some straw and grass bitterness, a bit of lemon merengue, touches of tangy mandarin orange. Light to medium bodied with average, massaging carbonation. Sweet finish with further doughy malts, a bit of sandy yeast, grass, mandarin orange. It's lovely stuff overall. If I could change anything I wouldn't mind the beer being a touch dryer.

As I said, I like what these guys are doing on the saison front. I look forward to seeing what else they have in store.